This is a preliminary assessment of the Dairy Revenue Protection program based on the information available at the time of publication. Additional information may be added or updated as the program becomes available to producers on October 9, 2018.

Dairy Revenue Protection (DRP) is an insurance program administered by the USDA under authority of the Federal Crop Insurance Act. DRP is a voluntary risk management program designed to protect dairy producers against declines in quarterly milk revenue below a guaranteed coverage level on a producer declared milk production quantity. Premiums are due at the end of the quarter being insured rather than paid as an upfront cost once the coverage begins. The Government will subsidize the premiums at a rate dependent upon a producer’s declared coverage level.

DRP can be used in conjunction with agricultural support programs such as Margin Protection Program (MPP) as well as a complement to numerous exchange-traded products and risk management strategies available.

Enrollment Periods:
Enrollment for the DRP program begins on October 9th. The first quarterly insurance period available for purchase will be Q1 (Jan-Mar) of 2019. Through December 15th, 2018, a producer will have the option to purchase coverage for five consecutive quarters, beginning with Q1 2019 and ending on Q1 2020. On the 16th day of the last month in a quarter, sales for a nearby quarter end while sales begin in the next deferred quarter. For example, on December 16th, sales for Q1 2019 are no longer available while sales for Q2 2020 begin. Premium payments are due upon the conclusion of the quarterly period being covered.

Each dairy producer declares an amount of quarterly milk production to insure under the DRP program. There
are no minimum or maximum volume requirements on covered milk production, and multiple quarterly coverage endorsements for the same quarterly insurance period are allowed, although they cannot cover the same milk. In this way, a producer may make elections that vary by coverage levels as well as by milk pricing options.

The amount of declared milk production, among other factors, will be used to determine premium cost and final revenue guarantee for each quarterly coverage endorsement under the DRP program.

Quarterly insurance coverage levels will be available from 70% to 95%, in 5% increments. This coverage level determines the final revenue guarantee that a producer will receive on their covered milk production. The magnitude of the government subsidy paid towards the program’s quarterly premium is also determined by the producer’s elected coverage level. A producer does not directly choose their premium subsidy under DRP, rather, the subsidy is dependent upon a producer’s declared coverage level, as illustrated in Figure 1. 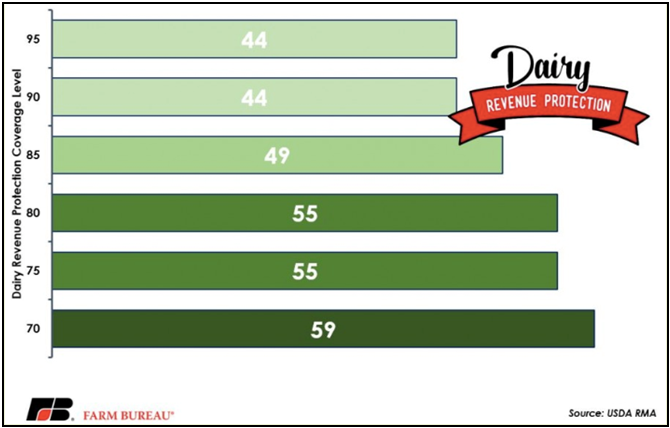 This will be used to calculate the final revenue guarantee on their Q4 2019 quarterly coverage endorsement under the DRP program. Premium costs here are arbitrary and do not genuinely reflect DRP premiums.

The net price floor set by a producer’s quarterly coverage endorsement equals their minimum pay price minus the premium paid, which would then be multiplied by the covered milk production to find the policy’s final, premium-adjusted revenue guarantee.

How Does DRP Relate to My Revenue?

Dairy Revenue Protection provides protection from a decrease in the final milk revenue and a producer’s actual revenue on a specific producer-declared quantity of milk production. The discrepancy between the guaranteed quarterly revenue level under the DRP program and a producer’s actual milk revenue on this milk production is caused by variation in market prices over time and natural fluctuations of milking cow yields among states and pooled production regions.

DRP is not designed to insure against revenue losses caused by:

Under the Class Pricing Option, a producer’s expected pay price is calculated by their weighted average Class III & Class IV price average over each month of the policy’s quarter. Figure 3 shows a hypothetical calculation for the expected pay price for Q4 2019 assuming a Class III weighting factor of 50%. 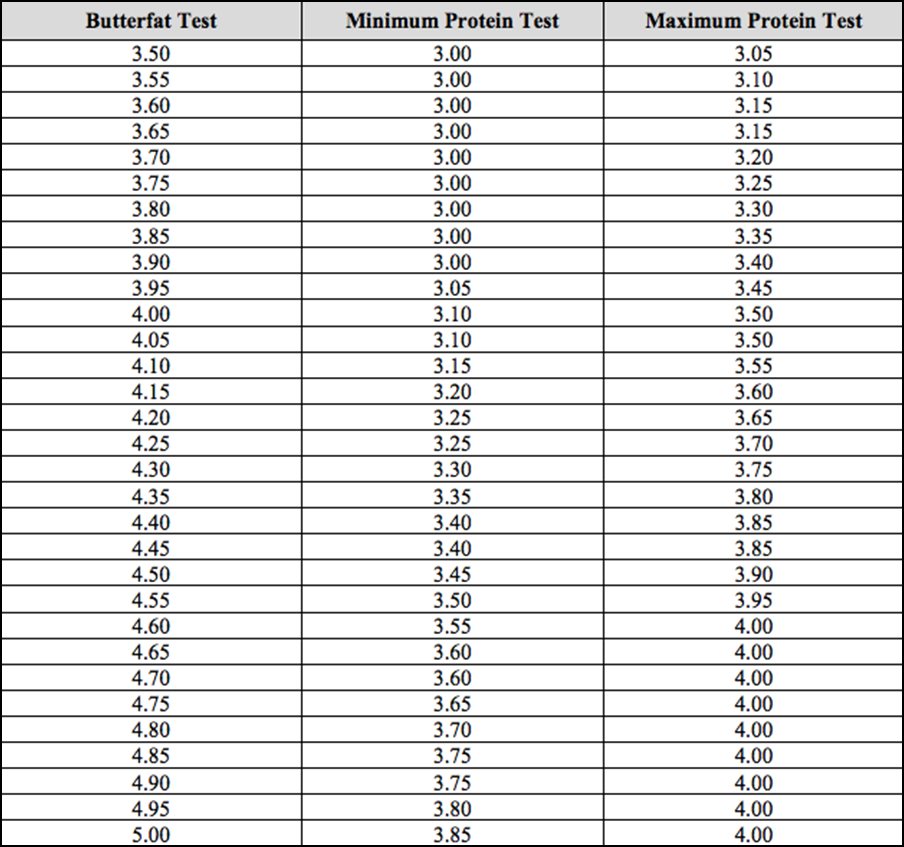 Premiums will be due in accordance with the initial component calculations; any recalculation of component values will not result in a premium refund.

A producer’s declared share, or actual share, represents the percentage interest in the insured milk as an owner of the dairy operation at the time of the quarterly coverage endorsement. The premium paid and indemnity received adjust proportionally with the declared share of a producer.

For example, if a producer owns 50% of the quarterly coverage endorsement under the DRP program, they only have to pay 50% of any premium costs, but will only receive 50% of any indemnity payouts.

The USDA Risk Management Agency (RMA) has released a FAQ sheet to answer any additional questions that individual producers may have regarding Dairy Revenue Protection, which can be found online at:

Dairy Revenue Protection represents a new opportunity for producers to address the very realistic risk of a significant and unexpected decline of future revenues and overall profitability. CIH embraces any new tool that offers the dairy industry an ability to protect against declining milk revenues and enhance overall profitability. Protecting revenue at a government-subsidized rate is especially attractive in low margin environments, particularly when premium costs are not due until the end of the period being covered. It is critical to assess how farm-level factors and features under DRP relate to your specific operation. CIH will work alongside your operation to create an integrated margin management policy that ensures you are properly hedged and able to take advantage of greater revenue opportunities if offered above the minimum level of your DRP. We encourage you to learn how a combination of risk management strategies can help you protect and enhance forward revenues and, ultimately, overall profit margins for your dairy operation.

For any questions or to learn how this may specifically affect your dairy, contact CIH at 866-299-9333.