Agricultural producers are accustomed to a certain degree of uncertainty over the prices of grain futures. That’s especially true at this time of year when variables that could ultimately have a dramatic effect on supply – such as weather and growers’ planting decisions – remain largely unknown.

But in addition to the usual factors, this year there is an added layer of uncertainty over potential changes to trade and labor policy. As with any new president, the current administration is looking to deliver on campaign promises and accomplish a lot in its early days. That may mean new policy initiatives that have a significant impact commodity prices and profit margins in the agriculture sector.

Yet, no matter how much remains unknown, agriculture producers have the power to proactively manage their forward margins. Among the most effective margin management tools are options, which allow you to protect a price level, without reducing your ability to participate if the market moves in your favor. That flexibility comes with a cost, which generally increases with uncertainty. But current option price levels may not yet account for all the unknowns in today’s agriculture markets. That’s why now is a good time to consider whether incorporating options in your hedging strategy can add valuable price protection at a reasonable cost.

Agriculture Faces Risks from Multiple Directions
Apart from the new administration’s policy initiatives, other factors are creating headwinds for U.S. commodity exports and prices. In particular, as shown in the following chart, the U.S. dollar has been gaining strength over the past 31 months. That trend may be causing reduced competitiveness for many agricultural products – especially in countries whose currencies have been weakening on a relative basis. Janet Yellen recently signaled that the Fed will likely raise interest rates at their March meeting. That may be just one of multiple rate hikes in store for 2017 that will add further strength to the dollar over the medium term. 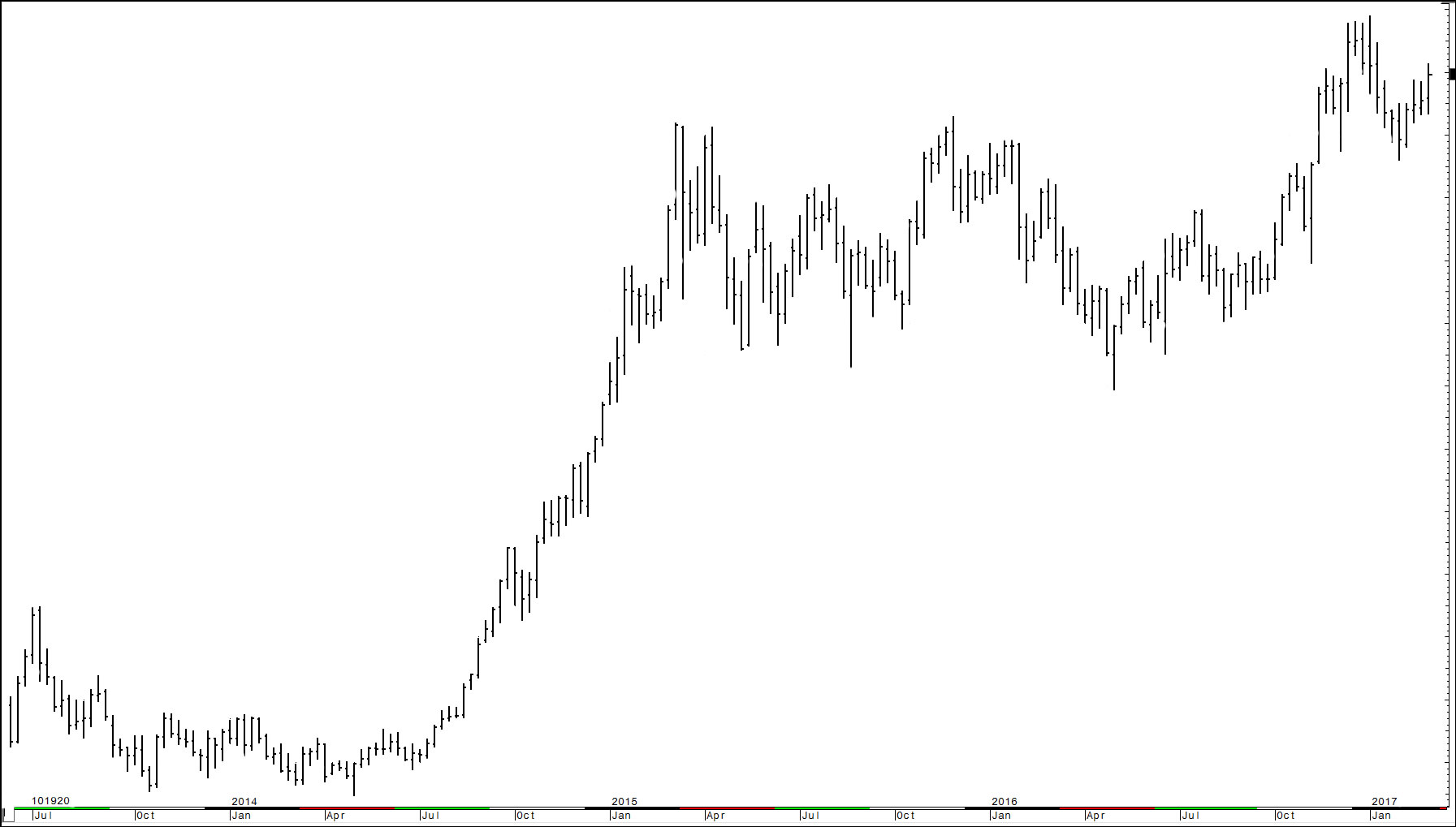 The U.S. dollar has been gaining strength since June of 2014.

Next month, planting season will begin in earnest across the U.S. Midwest. While it is too early to worry about planting or growing conditions, weather remains a risk for the market to contend with. As we near the end of an abnormally mild winter, there are already concerns that dryness in the Southeast and Plains could prove unfavorable and spread into the Corn Belt through the spring and summer.

Options: Flexible Tools for Uncertain Markets
Typically, increased uncertainty causes option prices to climb. That’s because options give you the ability to ensure a minimum – or maximum – price, regardless of how the market moves. The more uncertainty there is over the direction of markets, the greater the value of that ability. But curiously, given the highly uncertain current environment, option prices remain low.

A useful measure of option pricing is what’s called implied volatility, which reflects collective expectations for future price swings. Despite a recent uptick, implied volatility remains near 10-year lows. As shown in the following chart, the current implied volatility of at-the-money options on the new-crop December Corn futures contract is about 24%. That’s quite similar to where it stood at around this time in 2016. That year, implied volatility increased by 10 points, or 45%, over the three and a half months between late February and mid-June. That movement was consistent with historical tendencies for implied volatility to increase in spring and early summer, as grain supply factors like acreage and weather remain largely unknown. 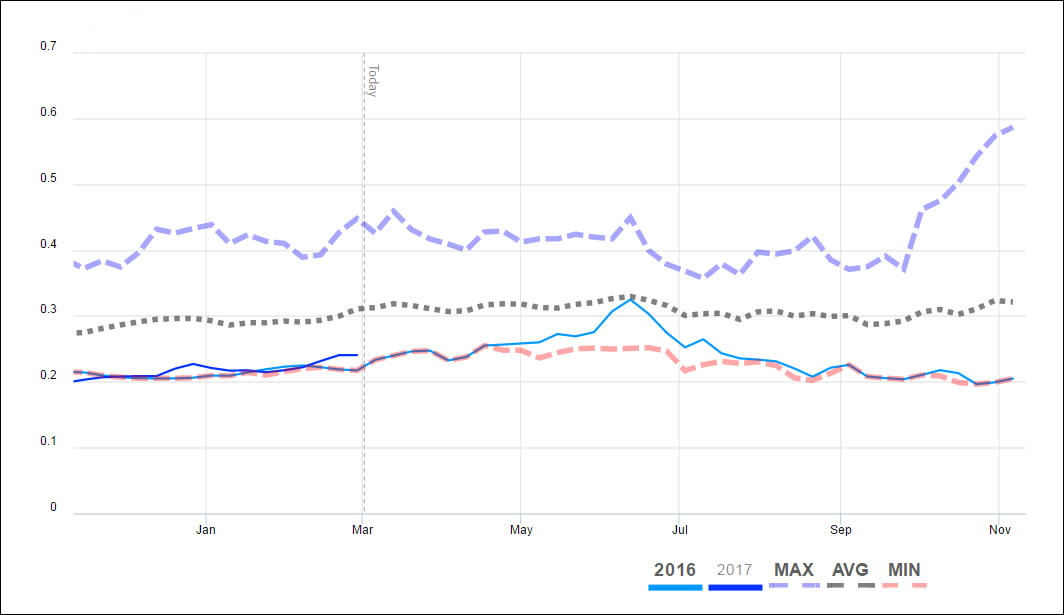 The implied volatility of December Corn in 2016 increased in the period from late February to mid-June from a low of about 22% to 32%, indicating a similar increase in overall option price levels.

The value of an option is also affected by the amount of time until expiration. As expiration approaches, generally an option’s price will decline. However, an increase in implied volatility can more than offset that time decay. For example, assuming the futures price remains constant, if implied volatility on December Corn options were to follow last year’s trajectory and experience a 10-point jump between now and mid-June, the price of a December corn $4.00 call option would rise during that timeframe by 2 ½ cents/bushel.

Of course, it is impossible to predict the direction of any prices, including options. But the low level of implied volatility means today’s options prices may not yet reflect the large amount of uncertainty in the market. And while uncertainty of any kind can be unsettling, the good news is that you don’t need to wait for the future to play out before attaining greater peace of mind over your forward margins.

If you have questions or would like more information about option strategies for your operation, please contact CIH at 1.866.299.9333.