Historically poor profit margins in 2016 have tightened cash flows across all sectors of production agriculture. While that’s a challenge in itself, it may also mean a more stringent loan renewal process, as lenders will be prompted to scrutinize balance sheets even more carefully. But a sound, detailed margin management policy document can facilitate the credit review step by giving your lenders confidence that you have a well thought-out strategy for managing risk. That’s why it’s a smart idea to review – and improve – your margin management plan before your loans come up for renewal.

You Learn Something New Every Year
Similar to a will or other planning document, a margin management plan should be reviewed at least once a year to make sure it still reflects your current situation, needs and goals. But an annual update also allows you to more easily incorporate lessons learned over the past 12 months. The result is a continuously improving plan that provides ever more granular guidance for a wider range of possible situations.

Begin your review by thinking critically about the last 12 months. Given your profit margin outcome, did you have coverage on the right amount of your production? Was your protection strong enough? Was the coverage period long enough to capture sufficient margin opportunities? With the benefit of hindsight after a rough year, you have the perspective to identify changes that may help you retain control of your margins in all market environments.

Margin Management is Risk Management
Remember that your margin management plan is intended not only to protect attractive profit margins, but also reduce the effects of unfavorable markets. Consider the extent to which your plan addresses both of those goals. A basic plan will spell out triggers (in terms of levels of historical profitability) for capturing profit margin opportunities as they arise. But as discussed in the October issue of MarginManager, a really solid plan will also provide guidance for protecting your operation in case those trigger levels are never reached.

For some producers, it may make sense to place minimum levels of coverage based on seasonal margin tendencies. For example, crop prices typically rise from the beginning of the year into the summer, and then drop as harvest approaches, as shown in the chart below. 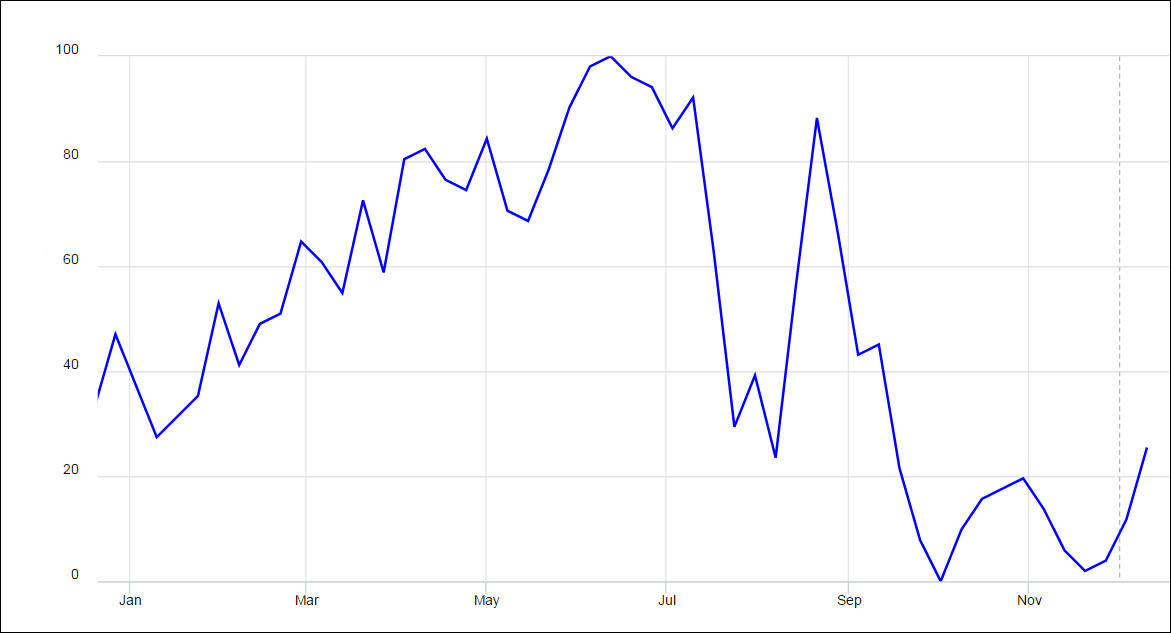 The chart above shows an index of December corn futures prices for the 10-year period from November 2007 to November 2016.

But if margins never reach a trigger level for initiating coverage to protect a profit, a crop operation might want to scale into some minimum amount of coverage starting in early April, and continue to add protection until July, as illustrated in the following table.

This coverage might take the form of a flexible strategy using option contracts.

For other producers, a minimum level of coverage might be placed on a percentage of production at certain points in a given marketing period. This approach aims to align the amount of protection with the length of time remaining, and the window of opportunity for margins to improve, before you will need to act on your current production.

More Time Brings More Opportunities
The longer your time horizon, the greater the likelihood that you might reach some, or all, of your margin targets. For that reason, you may want to extend the future production periods that you actively manage. Moreover, the earlier you capture a margin opportunity, the longer the potential runway to adjust those positions over time to incrementally improve your final price.

Many producers limit the scope of their marketing plans to just one year at a time due to capital constraints. In the case of crop producers, for example, few would have thought about marketing their 2016 corn crop before the 2015 harvest. Yet, a longer term view can multiply opportunities for protecting margins. The December 2016 corn futures market was largely range-bound, trading between $3.70 and $4.00 a bushel, from November 2015 to April 2016, as shown in the chart below.

During the 12-month period between November 2015 and November 2016, December 2016 corn futures spiked just one time, during the summer months.

A summer rally up to $4.50 in June provided a crop producer with the one and only opportunity to protect margins on this year’s corn before the market turned downward.

But what if the crop producer had allocated some of the capital earmarked for the 2015 crop to protect the 2016 crop? If we expand our view of December 2016 corn futures backwards to November 2014, we see that there were actually two opportunities to protect margins, as shown in the chart below.

By extending to a 24-month active monitoring period, a corn producer would have gained a second opportunity to capture and protect margins.

In the summer of 2015, corn had approached the same $4.50 level. What’s more, margins similarly deteriorated almost immediately afterwards. That decline might have prompted the producer to make adjustments to the initial position, setting the stage to further benefit from the price increase the following year.

Make a Plan to Strengthen Your Plan
No two marketing periods will be exactly alike, and years like 2016 are a good reminder to be prepared for all possibilities. Reviewing your margin management plan to incorporate lessons learned can help both you and your lender gain greater confidence in your ability to manage your operation’s financial risk. But keep in mind that even the best strategies will fall short of your goals unless you actually execute them. That’s why it’s critical to not only review – but also to follow through on – your plan for next year. If you have questions or would like help improving your margin management plan, please call CIH at 1.866.299.9333.